An astounding discovery in the Heaning Wood Bone Cave in northern England has revealed the oldest human remains found in the region, dating back 11,000 years. A team from the University of Central Lancashire ( UCLAN), uncovered evidence of human activity in the early Mesolithic period, shedding new light on the technologies and cultural habits of our ancestors.

Lead archaeologist Martin Stables says the cave was inhabited in the early Mesolithic period (Middle Stone Age) when Homo sapiens , or modern humans, were the only hominid species to roam in the British Isles.

The Heaning Wood Bone Cave in Cumbria was first excavated in 1958 by E.G. Holland and this limestone formation with a vertical shaft has developed into a complex karstic fissure system. The cave was found to contain the preserved skeletal remains of three adults and a juvenile dated to the Early Bronze Age. However, recent excavations by the UCLAN team has unearthed the true antiquity of the cave in a collection of human remains that date back 11,000 years. 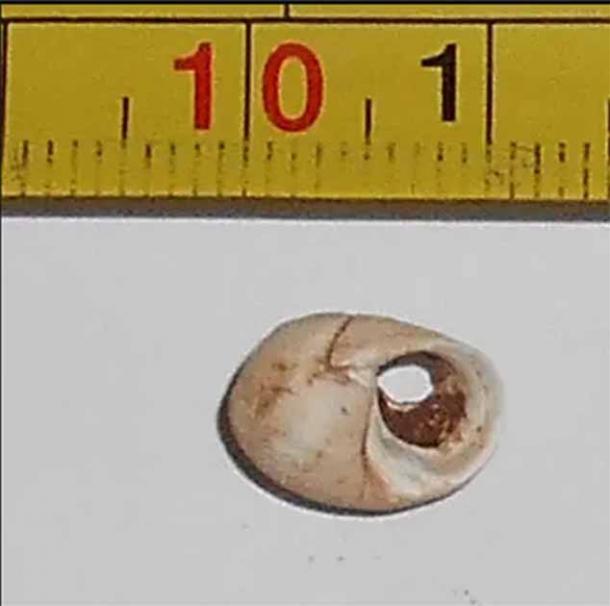 Excavations at the Cumbria cave uncovered human remains, animal bones, stone tools and beads, such as this shell bead. ( UCLan)

Prof. Martin Stables has been excavating this northern English cave since the summer of 2016. According to an article on Cumbria Crack , during his work Stables has recovered “animal bone, stone tools, prehistoric pottery and beads made from perforated periwinkle shells.” Included in the collection are the bones of “Bos, Sus and Canis,” reports Heritage Daily .

Furthermore, the archaeologists recovered “stone tools, pottery, and shell beads ” from the Cumbria cave. Of particular interest was a tiny periwinkle shell bead. This informed the researchers that the cave’s inhabitants had access to coastal marine resources. 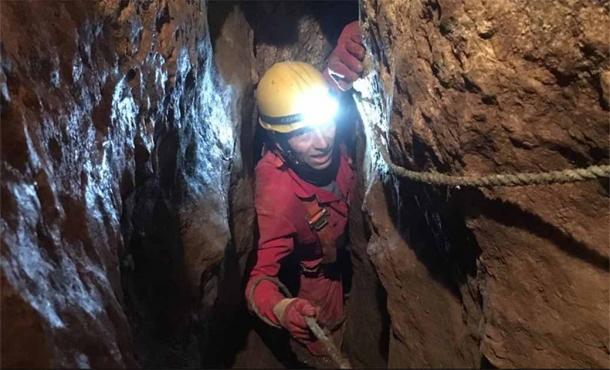 The discovery of these 11,000-years-old human remains doesn’t just serve as hard evidence of human activity in northern Britain after the end of the last Ice Age . The surrounding artifacts provide evidence for the technologies and cultural habits of people living 11,000 years ago. According to the BBC, the Cumbria cave remains belong to the “oldest northerner.”

Dr. Stable said that not in his “wildest dreams” did he ever expect to find anything like the “Early Mesolithic connection” in this cave. He added that after six years digging his research has “ended up in a place I never expected it to get to.”

In an article published in The Mail , the researcher said the dating of the bones and artifacts “are staggering,” adding that it is very difficult to imagine what life would have been like in the cave over 11,000 years ago.

Before this discovery, the earliest “northerner” was a 10,000-year-old burial from the nearby Kent’s Bank Cavern located on the north side of Morecambe Bay. Scientists from Liverpool John Moores University and the University of Nottingham analyzed some of these bones and discovered a fragment of human leg bone dated to just over 10,000 years old. 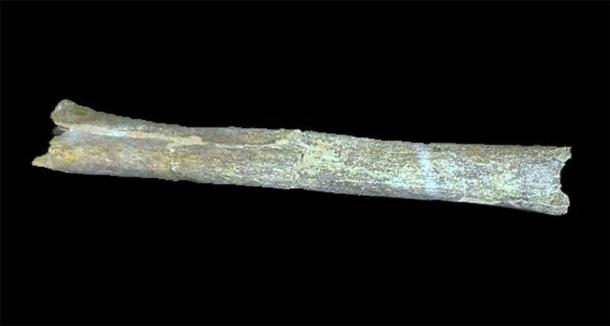 Part of the tibia of an early human believed to be Homo heidelbergensis discovered at the Boxgrove archaeological site in West Sussex. ( Ethan Doyle White / CC BY-SA 3.0 )

Earliest Human Remains and Tools Discovered to Date in Britain

Earlier remains have been discovered in southern England and Wales but the destructive effect of past glaciations means such finds are exceptionally rare. However, deposited during the Middle Pleistocene, the Boxgrove fossils in Sussex included a fragment of tibia (shinbone) and two teeth from a mature well-built man. It is thought these belonged to the common ancestor of modern humans or Neanderthals, Homo heidelbergensis , who walked around 480,000 years ago.

While the Boxgrove fossils represent the earliest human remains ever discovered in Britain, the discovery of stone tools which date back more than 700,000 years from sites in Suffolk and Norfolk demonstrate that humans were living in Britain long before those from Boxgrove.

In 2010 The Independent announced that archaeologists excavating on a Norfolk beach, near the village of Happisburgh,…

Tesla, Google, Chevron And Why Trillions Of Shiba Inu Tokens May…

How to Protect Your Money After Being Laid Off