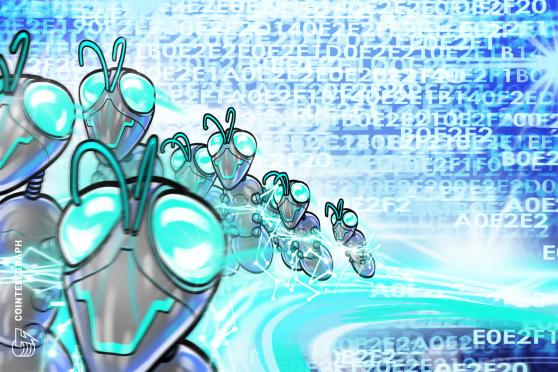 The economic landscape may seem dire at the moment, but it’s unlikely to affect blockchain development, according to Pantera Capital CEO Dan Morehead. In an interview for Real Vision on Thursday, the venture capitalist said that he believes blockchain technology will perform based on its own fundamentals, regardless of the conditions indicated by traditional risk metrics:

During the first half of this year, Pantera Capital raised about $1.3 billion in capital for its blockchain fund, with a special emphasis on scalability, DeFi and gaming projects. “We’ve been very focused on DeFi the last few years, it’s building a parallel financial system. Gaming is coming online now and we have a couple hundred million people using blockchain. There’s a lot of really cool gaming projects, and there still are a lot of opportunities in the scalability sector,” he added.

After skipping Cardano in a poll, Vitalik Buterin revises The Merge date

B. Riley may purchase up to $100M stake in Bitcoin miner Iris Energy

ECB to look into transaction settlement via blockchain

Next Block Expo 2022 – One of the Most Significant Blockchain…

Blockchain Association for BSV to host VIP Reception in Ras…

CasperLabs to Address the Blockchain Scalability Challenge at…

U.S. economic growth revised up; gap between GDP and GDI…

The Global Cloud Native Storage Market size is expected to…