Big Eyes Coin, Stellar, And Gala set for a strong start to the New Year

New Delhi [India], January 2 (ANI/ATK): Some cryptocurrencies may start experiencing a price pump as early as the first quarter of the coming year. Having these cryptocurrencies in your portfolio increases your chances of making early profits in the coming year. An early price surge isn’t a weird occurrence in the crypto market. As damning as the current trading year has been, some crypto assets had a good start to the year.
Stellar (XLM), Gala (GALA), and Big Eyes Coin (BIG) are cryptocurrencies you should place focus on if you desire early returns a few months into the year. While the altcoins are distinct in utility, their profit-yielding potential is what they have in common. They could bring you profit in less time than expected.
Stellar – The P2P Network 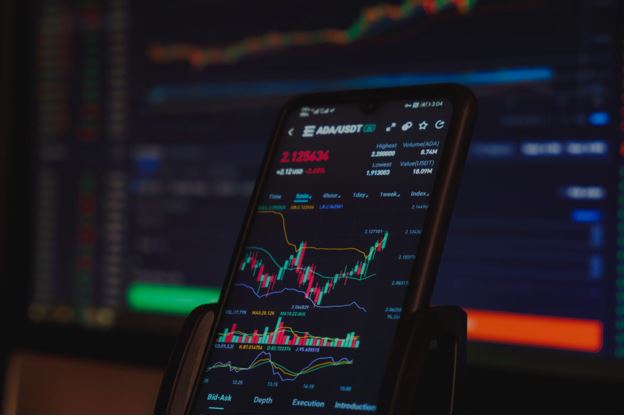 The Stellar (XLM) network is a decentralized peer-to-peer (P2P) protocol where you can swiftly and securely transfer financial resources across borders at a low cost. Stellar enables interaction between major financial system players (Financial institutions, payment processors, and individuals), allowing you to trade and send different crypto assets. Lumen (XLM), the platform’s digital currency, plays an active role in these transactions.
Funds are first converted into digital currency within a few seconds and then transferred to the currency required for the transaction. XLM is also used to settle transaction fees. The crypto asset endured a difficult year after starting at a market price near its all-time high. Stellar (XLM) price dump was massive, going from a year high of USD 0.3 to a current price slightly above USD 0.05. However, the low-price cryptocurrency could have better run months from now. It could exceed its USD 0.3 year high in the first quarter and may likely set a new all-time high in about 5 years.
Gala – The Gaming Platform
Gala’s (GALA) stride has been impressive since it launched about three years back. The gaming platform boasts over a million monthly users and is one of the fastest-growing projects in GameFi. Gala has built a game for everyone by leveraging blockchain technology. The platform gives you control over the games and in-game items and has NFTs-related utility. About 26K+ non-fungible tokens have been traded on the platform, with over USD 3 million realized.
Gala NFTs are important as they give players decision-making rights on the network and can make you money if they ride in value. The platform’s utility token, GALA, is another valuable asset that can bring financial benefits to the Gala ecosystem. The crypto asset is used to pay for transactions and reward game players. The gaming token will benefit from anticipated GameFi growth and the addition of new games and features that can improve the Gala’s adoption. The low-price token is expected to start the year well.

Big Eyes Coin – The New Popular Meme Token
Big Eyes Coin (BIG) is the meme coin to watch out for as the new year approaches. The cat-theme token is gradually rounding up its presale as it sets to launch into the market properly in the new year. Analysts believe the events coming after Big Eyes launch could yield profit for the meme coin holders. Big Eyes Coin is expected to launch during a favourable market period, which could enhance its potential to have a great run. Many meme coins, such as Dogecoin, Shiba Inu, and Floki Inu, follow a similar trend of focusing on dogs. Big Eyes Coin saw this trend and chose to buck it by creating an attractive kitty avatar in the anime/manga style.
Big Eyes Coin has reached a wider audience by focusing on the anime sector, which is valued $26.89 billion. Furthermore, because the coin is influenced by Japanese culture, BIG is targeting a country with an estimated 3.4 million active crypto users, which promotes the expansion of the blockchain network. The meme coin isn’t expected to make a huge run immediately, but its steady increase as the year progresses will amount to an actual yield. It could likely experience the first price pump during the first quarter of the year, provided it has ended its presale since then. BIG is in its seventh presale phase and will be available anytime soon. Thus, it’s highly likely to bring returns early in the year. Join the presale now while it’s still ongoing.
For More Information On Big Eyes Coin (BIG), Click The Links Below:
Website: https://bigeyes.space/
Telegram: https://t.me/BIGEYESOFFICIAL
Twitter: https://twitter.com/BigEyesCoin
YouTube: https://www.youtube.com/watch?v=lZTnMG62VEs
Promotional Code: BIGsave418
This story has been provided by ATK. ANI will not be responsible in any way for the content in this article. (ANI/ATK)

Ambrx Biopharma, PaxMedica And 3 More Short Squeeze Stocks That Could Soar This

Will Stellar Lumens [XLM] have a decent pullback before pumping…

Bitcoin Slips Below $17,000 Again As Ether, Most Altcoins Lose:…

Features and Pros of Cryptocurrency

Stellar (XLM) Price Could Crash 50% If This Happens