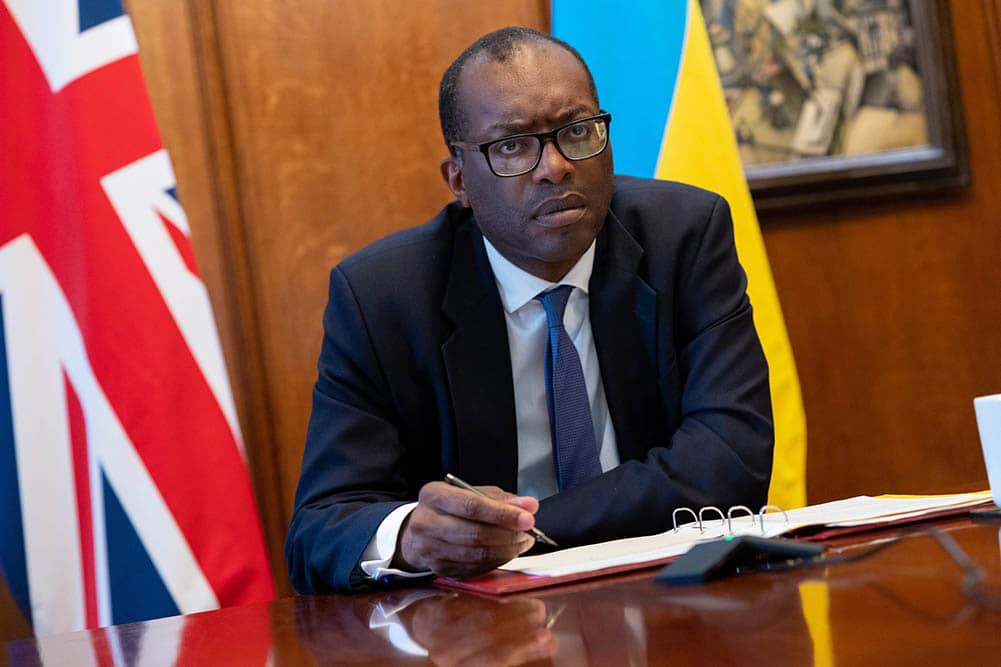 With the Bank of England in the rear-view mirror, the currency market’s gaze now turns to the ‘fiscal event’ at which the UK government is set to announce a raft of new tax and spend measures.

The Chancellor of the Exchequer Kwasi Kwarteng is on Friday expected to announce significant tax cuts which could stimulate economic growth, however some economists worry it might bloat the country’s debt burden further.

The impact on the Pound could therefore be significant.

Indeed, the Bank of England said in their rate decision statement they expect the fiscal event to deliver a material change to the economic outlook.

“An additional Growth Plan announcement is scheduled to take place shortly after this MPC meeting, which is expected to provide further fiscal support, and is likely to contain news that is material for the economic outlook,” read the statement.

If currency markets conclude the UK’s growth outlook has materially improved the Pound could find itself better supported, but concerns about funding this fiscal expansion remain a potential headwind.

“The statement makes it clear that extra government spending… will lead to higher medium-term inflation, given that it should dramatically lower the risk of a deep recession,” says James Smith, Developed Markets Economist at ING Bank.

But Smith’s colleague at ING, Chris Turner, says he is concerned with the impact the increased debt burden will have on the Pound. “Sterling will go into (today’s) ‘fiscal event’ on a fragile footing.”

The UK government has announced a multi-billion pound plan to cap energy bills for businesses and households.

The price tag for these programmes are as of yet unknown given the volatility and unpredictability of global gas markets.

Kwarteng announced on Thursday this year’s 1.25% point rise in National Insurance will be reversed on 6th November.

“A tax cut for workers. More cash for businesses to invest, employ and grow,” said Kwarteng.

There is also talk of a potential cut to stamp duty and the creation of new local “investment zones”.

A cancellation of a planned corporate tax hike due in 2023 is widely expected.

“A combination of higher UK yields and lower GBP is not good. Overlay this with renewed focus on the UK current account deficit and it is clear that investors are viewing GBP through the lens of some of its traditional medium-term anchors. We would argue that GBP is effectively the clearest manifestation of a currency where fundamentals matter more than cyclical considerations,” says Robert Wood, Chief UK Economist at Bank of America.

However the government is betting that the growth that ensues from its plans will ensure they are able to be easily funded.

(For the Pound, it is important the market judges the new fiscal stimulus to be credible. Those looking to protect against further declines could consider locking in current rates, or setting an order at their ideal rate, please see more here.)

It enters Friday’s ‘fiscal event’ above this week’s lows against the Dollar and Euro but looking vulnerable following the Bank of England’s decision to raise Bank Rate 50 basis points on Thursday.

Markets were looking for the Bank to deliver a decisive 75 basis point hike on Thursday to try and arrest Sterling’s decline.

However, the Bank maintained it’s ‘dovish’ credentials by opting for a 50bp move.

The below-consensus hike was met with a knee-jerk sell-off in the Pound and analysts say they expect further declines in the UK currency.

However, a decision to proceed with the selling of gilts acquired under the Bank’s quantitative easing programme – as well as expectations for an improved economic outlook relative to its August forecasts – could offer the currency some immediate support.

Indeed, the Pound did find some buying interest in the hours following the decision.

But with the Pound locked in a concerted downtrend against both the Euro and Dollar ING looks for further falls.

EUR/GBP stabilizes around 0.8940 after BoE volatility

Economic catastrophe likely for US and Europe?